Teaming up in Darkwind by Shadram

Posted by Darkwind 17 November 2015 in NewsUncategorized

Patch 6.2.3 has gone live! With this patch, valor points have come back. Valor points can be obtained by running Heroic and Mythic dungeons, wings in the Raid Finder, and the weekly quest. In addition, WoW is celebrating its 11th Anniversary, with an 11% experience and reputation boost, so now’s a great time to group up with friends and guildmates, to get those low level alts to 100, to get that gear score higher, to break out of the personal bubbles we tend to find ourselves in and enjoy the social aspect of an MMO.

Teamwork is something we encourage in Darkwind: running content together, gathering for guild events, answering questions that confused guildmates have. Our teamwork is also exemplified in our raiding, where cohesiveness, coordination, and consistency have become important, in progressing through Heroic difficulty of Hellfire Citadel. Last week, we defeated Heroic Tyrant Velhari for the first time, completing our guild’s progression through the Bastion of Shadows wing. 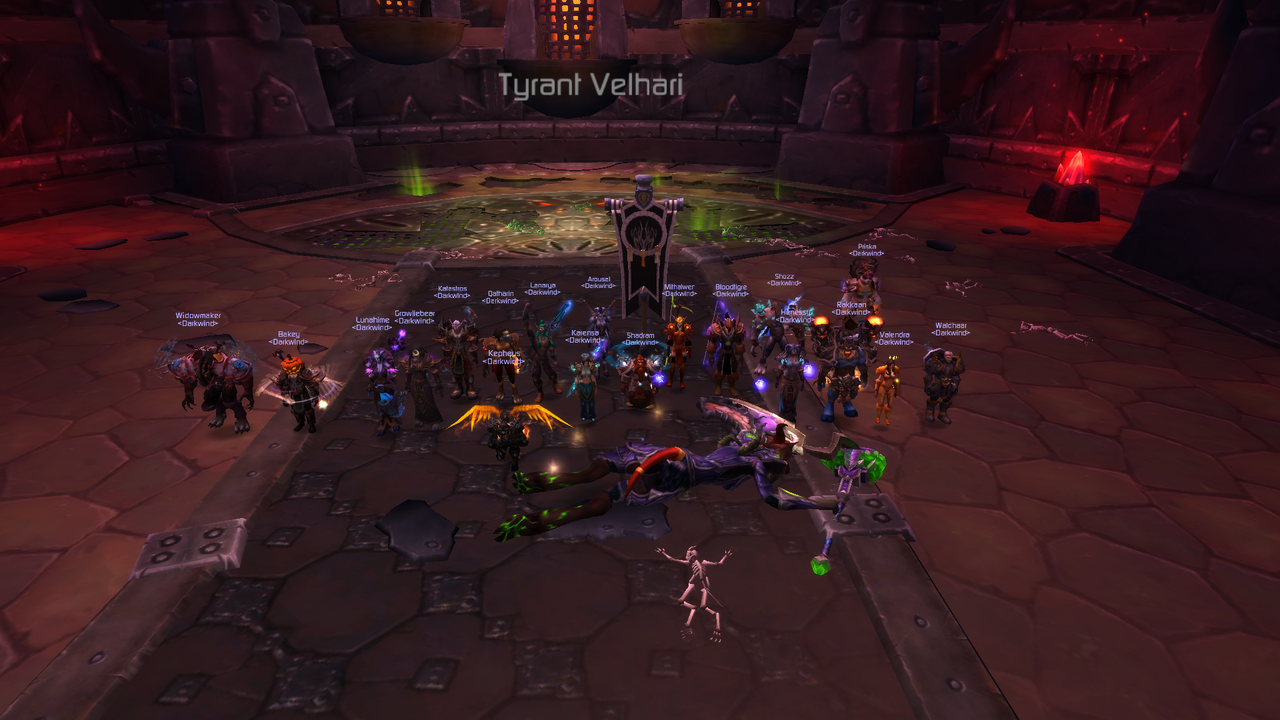 With Patch 6.2.3 comes two new mounts: one that is a potential drop from Timewalking Dungeons (Infinite Time Reaver), and another guaranteed mount (The Grove Warden) from downing Heroic Archimonde. Darkwind’s current plan is to push through to Heroic Archimonde and eventually down him. Blizzard made it a point to make the Grove Warden a mount reward, given for a team-based effort. Because it is an item you can only receive for working together with others, if you have been a consistent member of the progression raiding team, then you will have the opportunity to earn the mount through hard work and coordination.

If you would like to become a regular member of the progression team, we have officers that can assist in helping you fine tune your class, and we have catch up raids on Sundays to help with gear. Currently, the DPS requirement in order to progress through the latter bosses is a minimum of 40k. Healing and tanking roles are currently filled.

As Darkwind pushes into the final few bosses of HFC, it would be a great feat to see a full raid of 30 downing Heroic Archimonde, as a guild. Come join our ranks!